So I would never really consider myself a "spiritual person." Sure I have my own religious beliefs, but I am also one to not talk religion. I can probably say that I somewhat believed in "signs" from up above, but never actually had one appear right in front of my face, until now.

I was randomly cleaning out some paperwork in my husbands office and I came upon my daughters baptism folder with all her forms and information on her baptism. I kept the booklet but started to browse all the paperwork and realized it was all useless, it just needs to be shredded. So being that it was a folder, I checked the pockets and found two cards. When I first looked at the cards I noticed one was a "Save the date" type card for my daughter's baptism and the other one was a Holy card. My first glance at the Holy card was a night time prayer. I thought "Awe, that is cute, I will just put it in her keepsake box." Then I turned over the card

Get ready for chills... 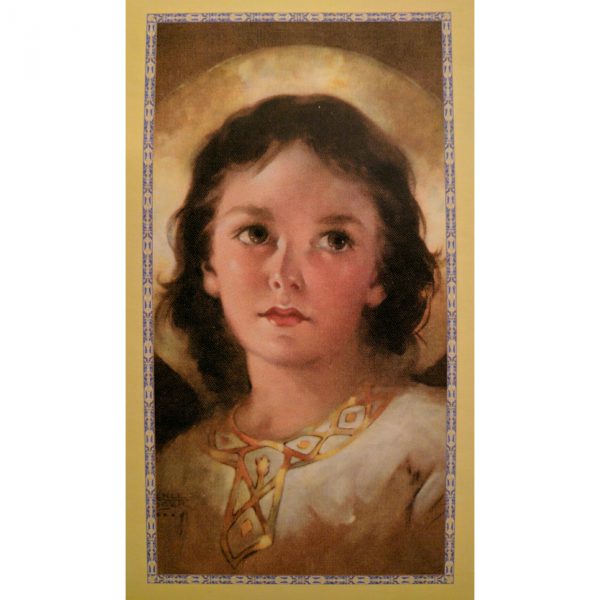 For those of you that do not know my sister or what she looked like, this will give you a better idea. 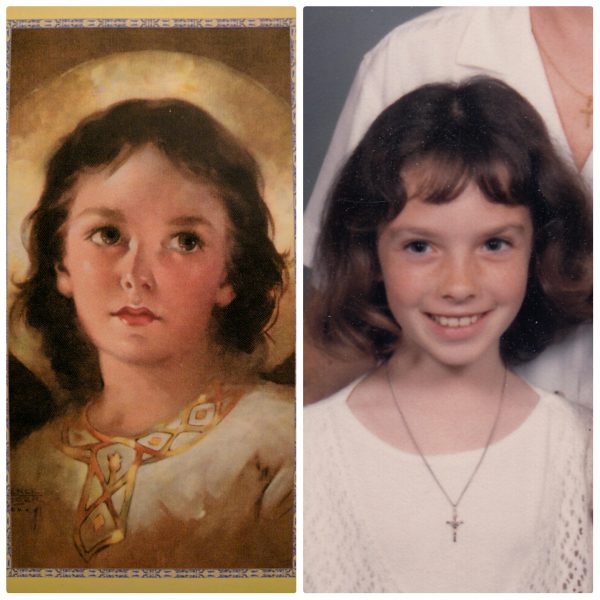 Here is another one, just because she is actually an angel 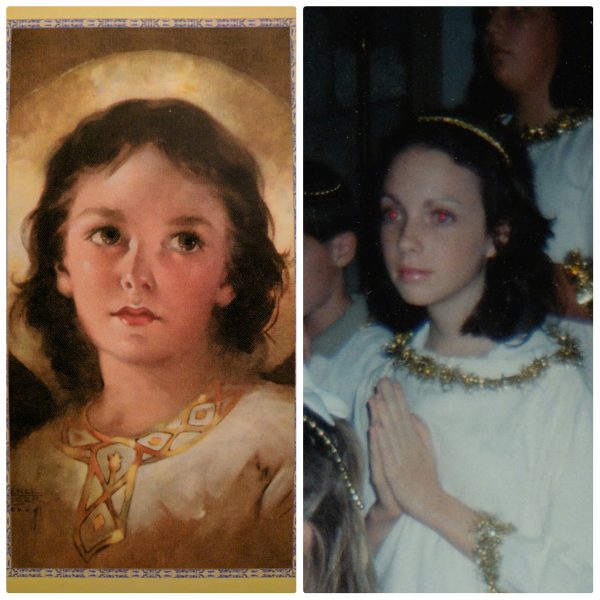 Now do you have chills? How can this seriously not be a sign? The Holy card was in my daughter's baptism folder and the person on it looks exactly like my sister! The resemblance is uncanny! I even showed it to a few others who did not know what my sister looked like and they said "Wow, that pretty much looks like a painting of her." I first shared it with my husband when he came home, he could not believe the resemblance and then I called my Mom up and explained the story, not telling her whom the picture resembled. Instead I texted her while I was on the phone with her. When she received it she started crying. Then I shared it with some more of my family members and they just could not believe the resemblance.

So then my Mom says, well now we have to figure out who this Saint is? I was interested in doing so too, but do you know how many saints are out there? Anyways so I started doing some research, I probably spent a good hour looking up saints and googling to see if I could find the holy card online. Then my husband comes up with the idea, "You know you can just upload the image to google search and it will pull up the matching images?" So in the matter of less than probably two minutes, my husband finds out who this mysterious person is on this holy card. Any guesses? Because my mother and I are thinking "Joan of Arc, "St. Elizabeth." You know the obvious Saints out of the thousands of Saints out there. Nope, the person on this Holy card is "Boy Jesus." We were not expecting that at all, but it was right there all over the internet. So my sister resembles "Boy Jesus". I will still take it as a sign that my sister is always watching over my daughter. So instead of packing up the card in my daughters keepsake boxes, the Holy card remains tucked into a picture frame over her dresser where Angel Susie can really watch over our daughter.

But really out of all the holy cards out there, this particular holy card just so happened to be the card in my daughter's baptism folder??

I also like to joke because the Holy card "Boy Jesus" has brown eyes. My sister never wanted brown eyes, (she had blue eyes) but always wore a "brown eyed girl" shirt. It was funny, and a lot of her friends and family know the story behind this.

So now I need your help, I have looked everywhere for this card and cannot find it. I want backup copies because to me this is such an amazing story. If any of you have know where I can get this card I would greatly appreciate it! I checked with our Church and it was just a card a random, which leads me to believe that this was indeed a sign from my sister. 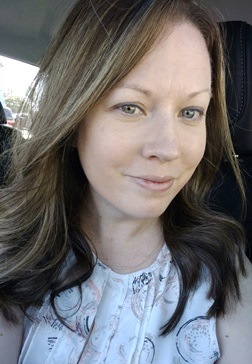